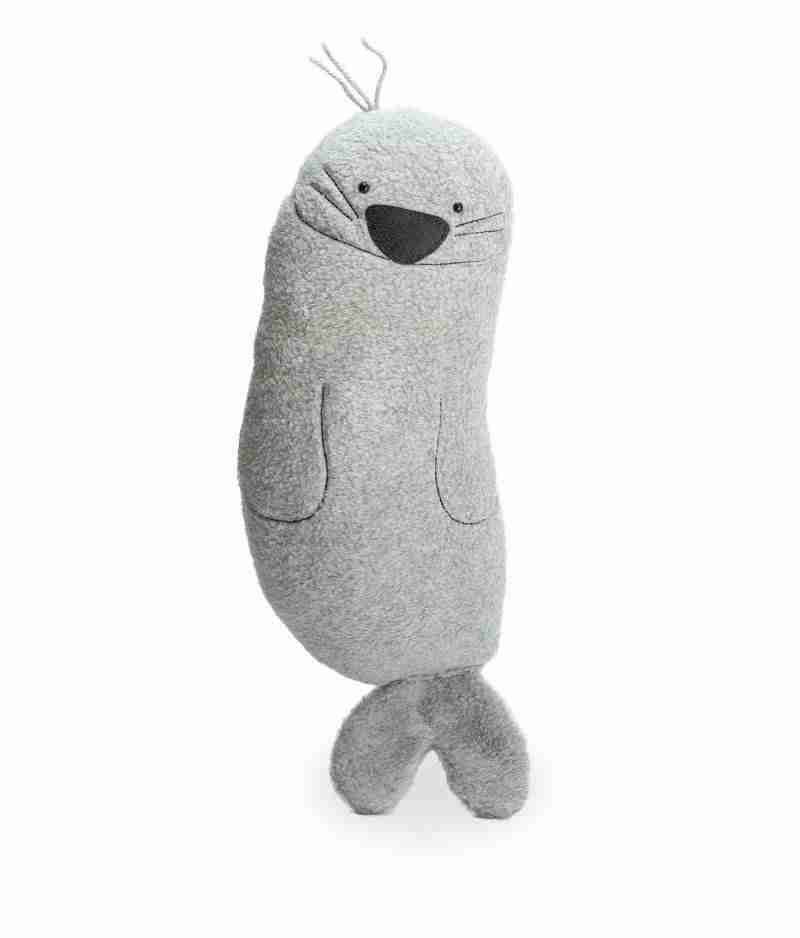 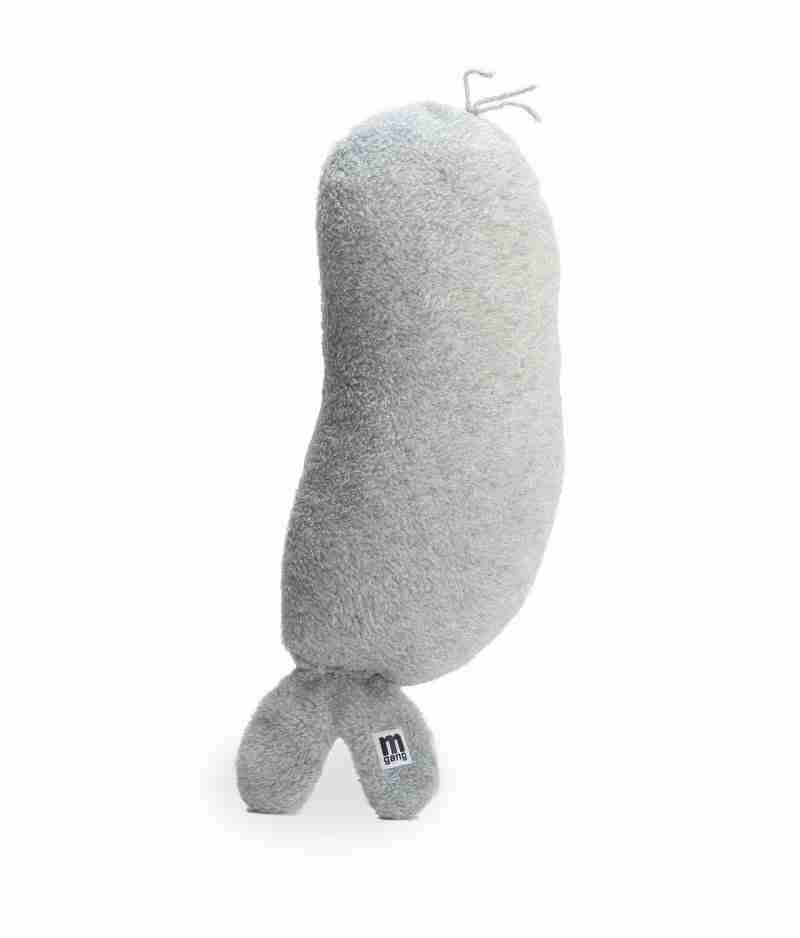 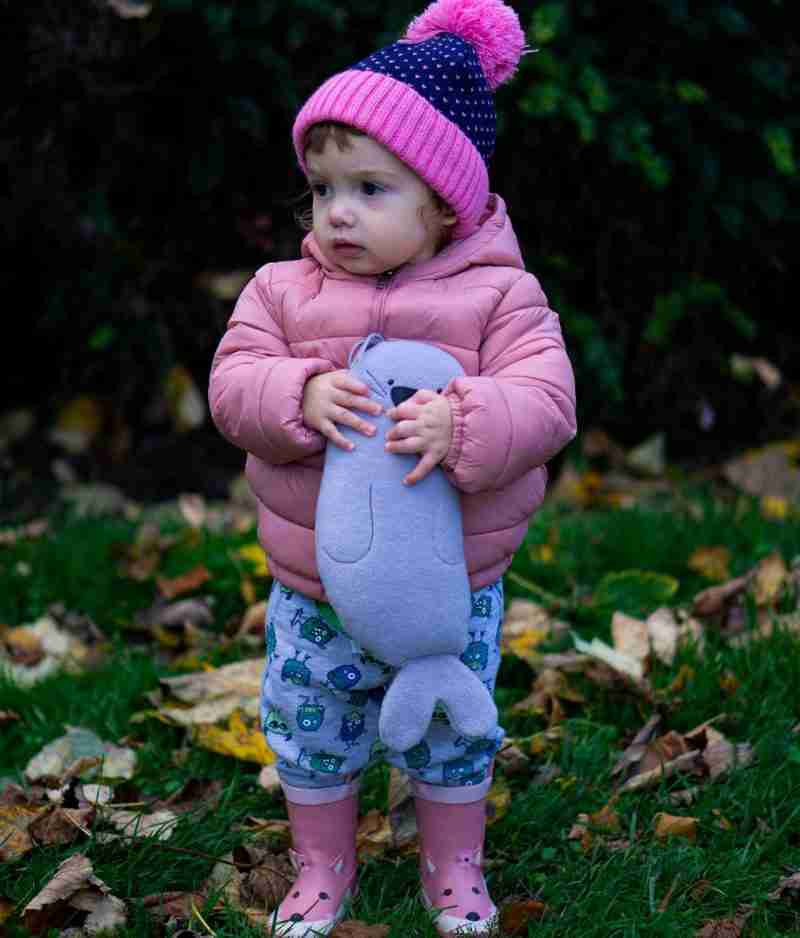 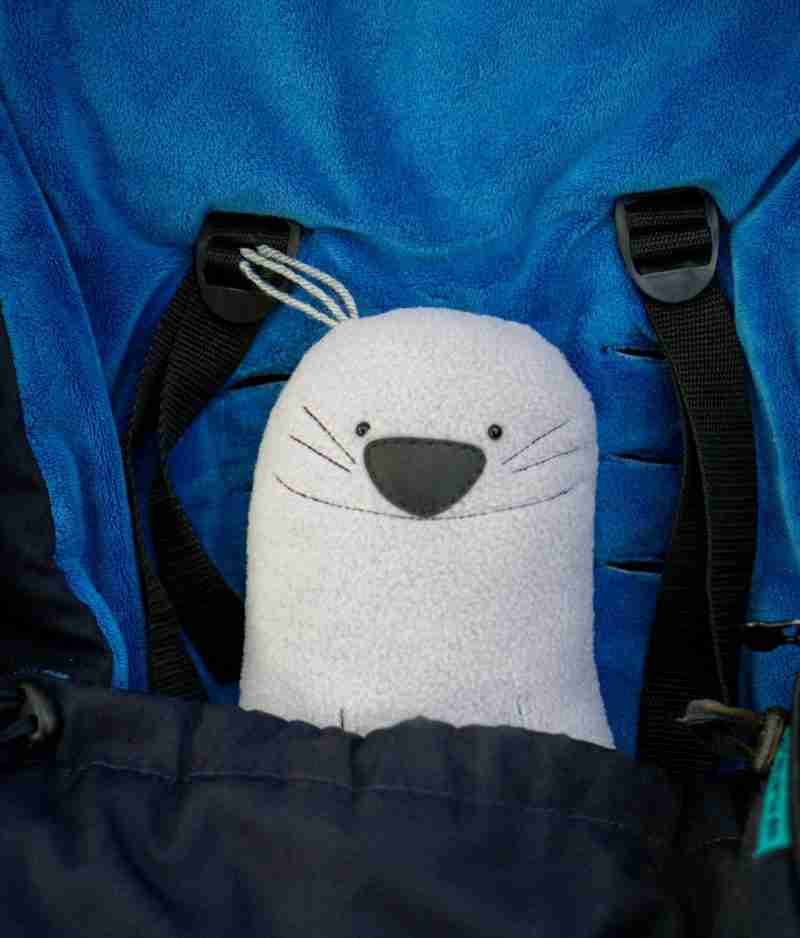 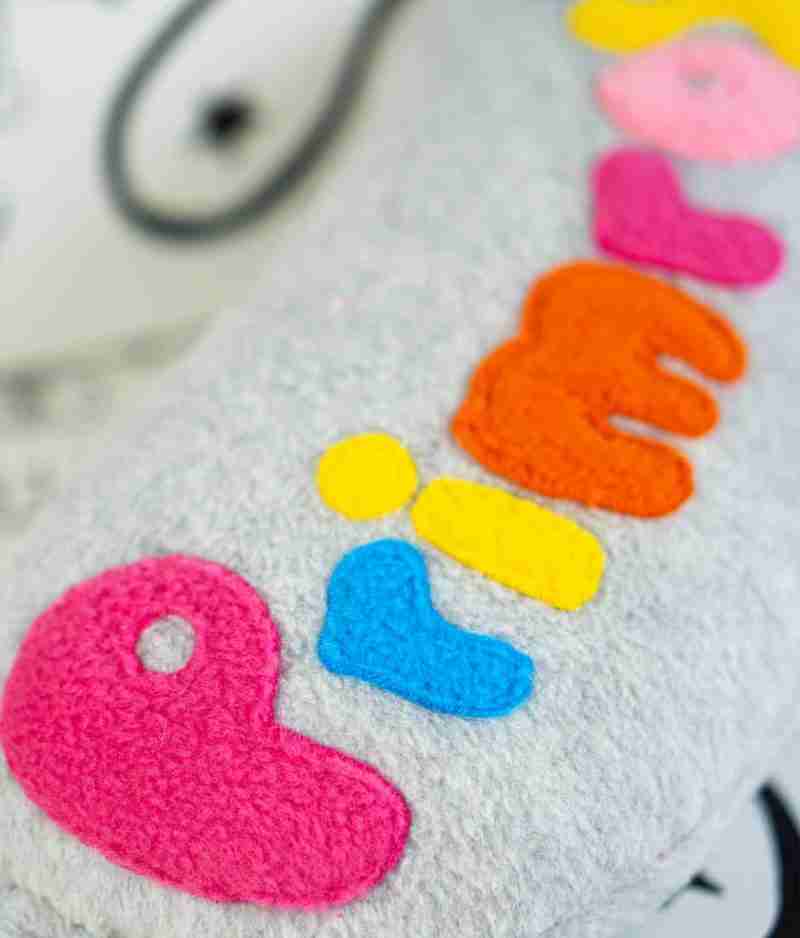 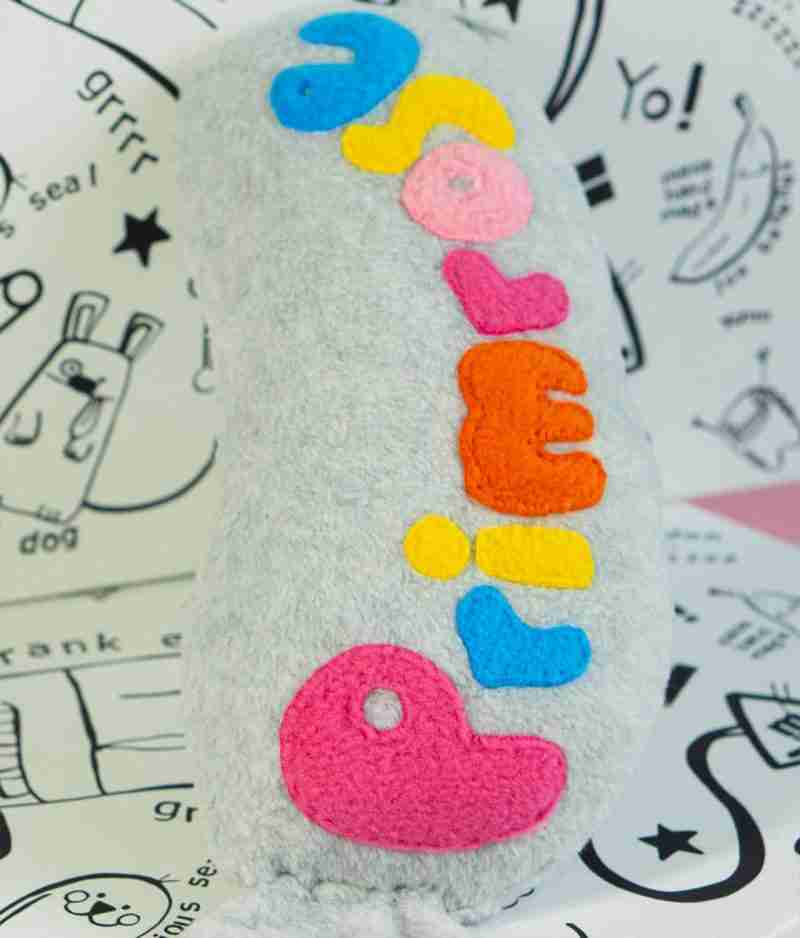 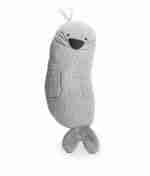 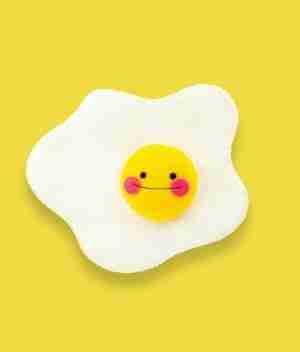 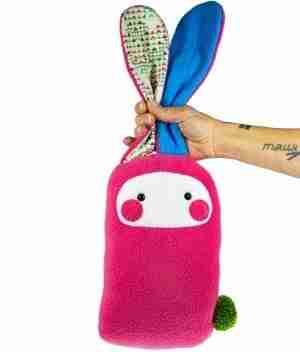 Nicky Serious Seal is a seal plush, he loves counting so he does bookkeeping for the plush gang. He should be slippery and sneaky like he is but instead, he’s always crunching numbers and bringing down the fun factor.

This warm-hearted seal teddy has a very soft grey body, pink cheeks and a forgetful smile. All small details are sewn by hand.

For Who? Babies, toddlers, kids, fun adults and banana lovers.

When? Baby shower, 1st birthday, surprise gift, to say I miss you.

What? snuggling, cuddling and napping.

Nicky comes in an amazing eco-friendly box designed by us, with a fun story on a postcard and a little pin badge! It is a ready gift for any child or adult.

Add your name or word of choice at the back of it and we’ll make sure to put some extra love into every stitch.

Somebody’s got to do the books, don’t they? Louie’s busy with the restaurant and that leaves Nicky Serious Seal to get down to business. You’d never think this guy was a part of the Maua Gang. A rather dull boy, very serious, and not fun at all. Tony Tuna hates him. He should be slippery and sneaky like he is but instead, he’s always crunching numbers and bringing down the fun factor.

Bookkeepers aren’t ever known as the fun sort, but Nicky does try. It’s not his fault he can’t be witty or ribald like the others. He’s just trying to take care of business, legitimate business. The others can handle that illegitimate stuff.

Sometimes, Nicky dreams he’s using his fins to slap the stuffing out of Tony, but then he wakes up and knows he’d better not indulge his fantasies if he wants to keep working for Frankie. Being the bookkeeper for the gang is a sweet gig and he doesn’t want to blow it getting back at that blow hard.