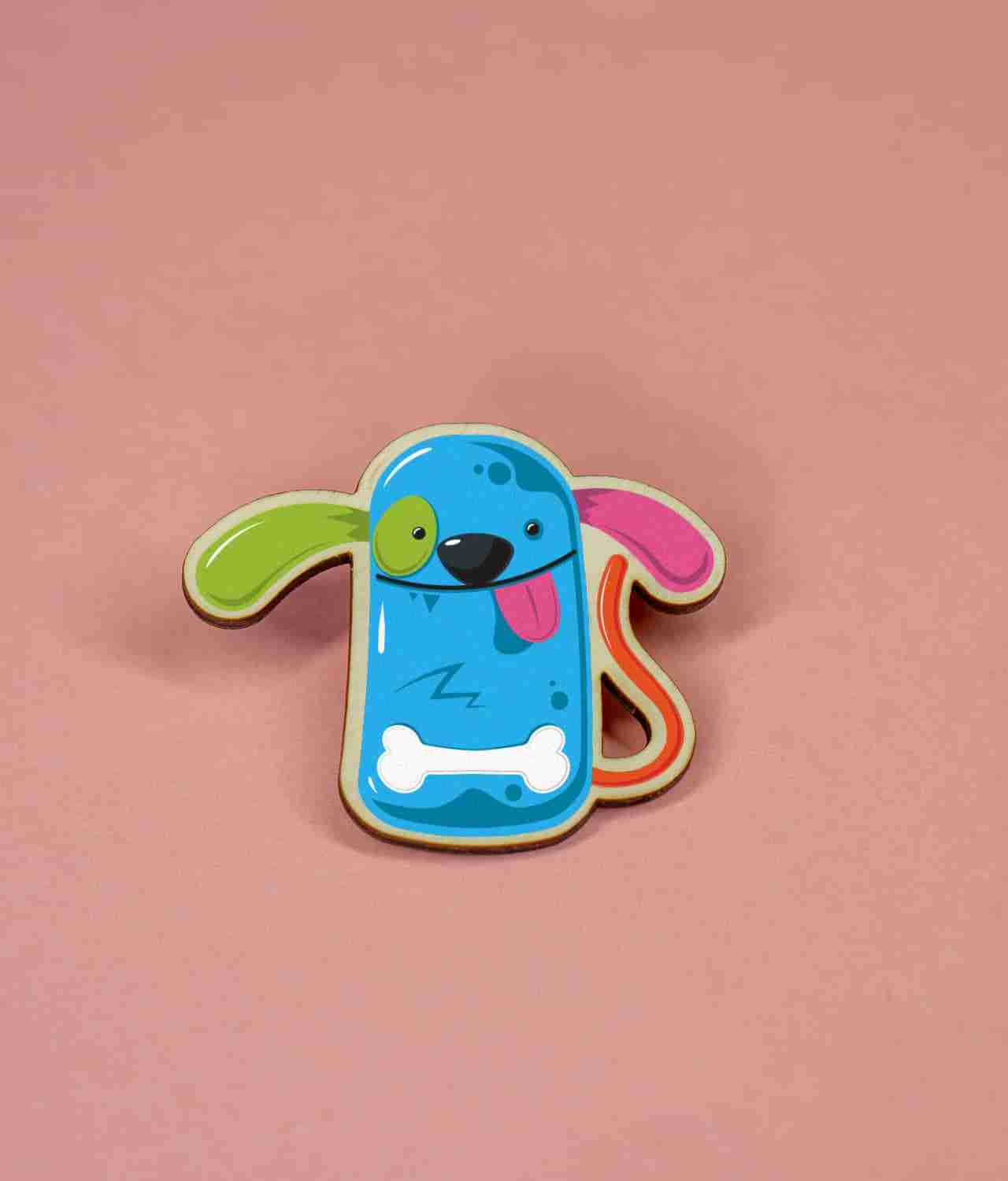 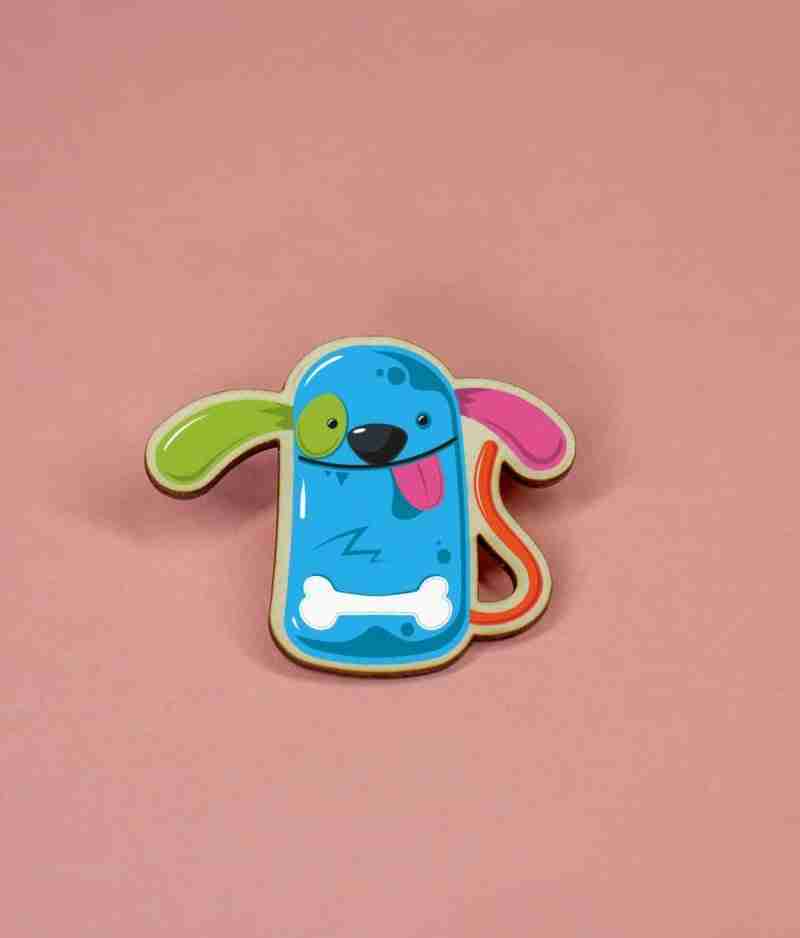 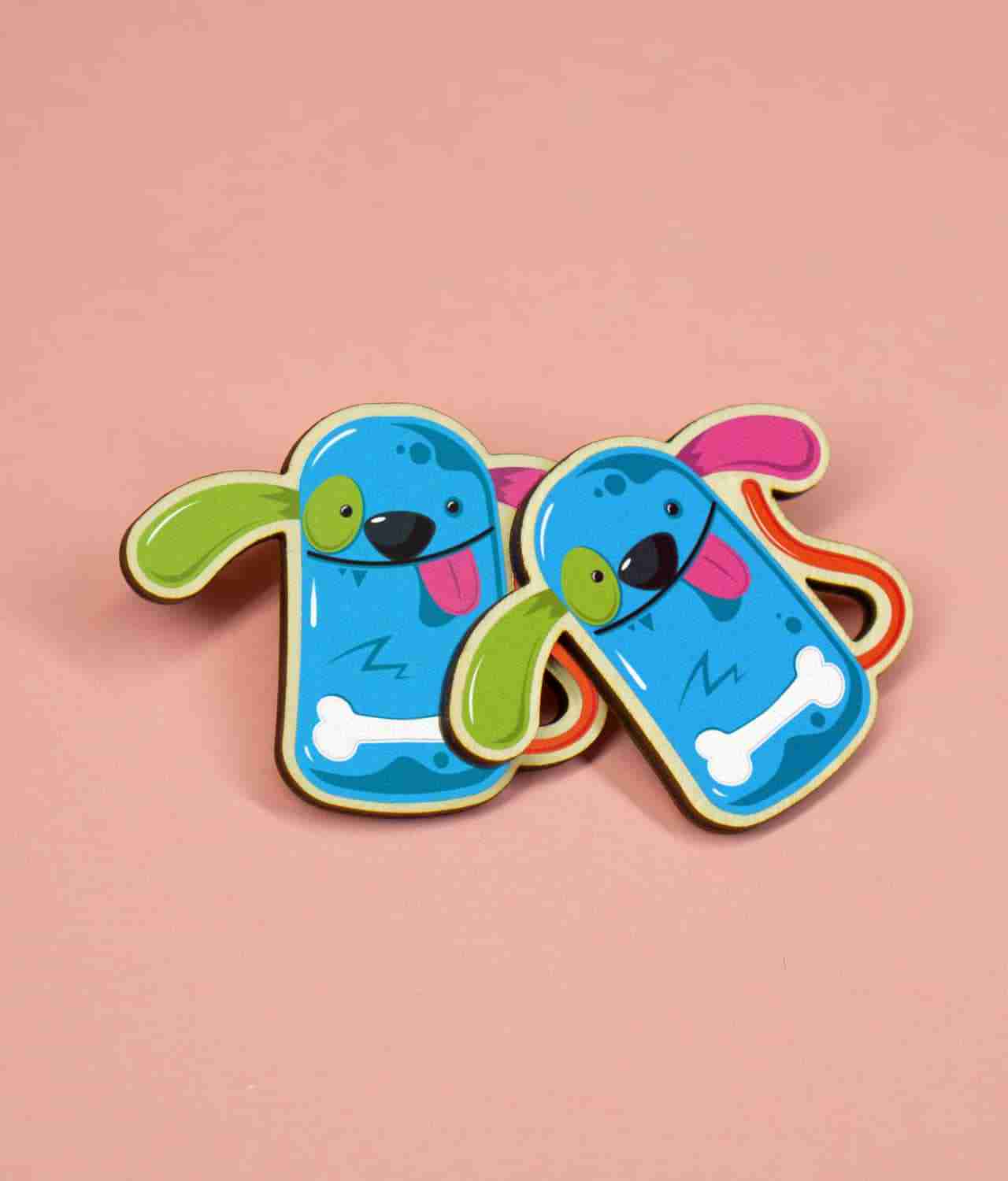 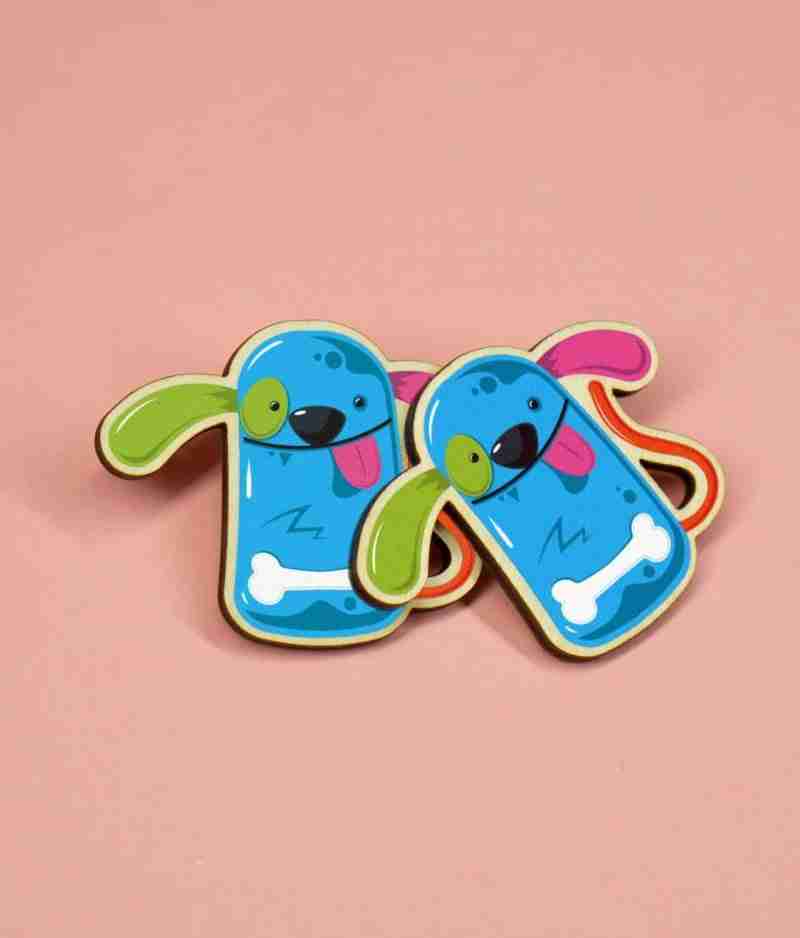 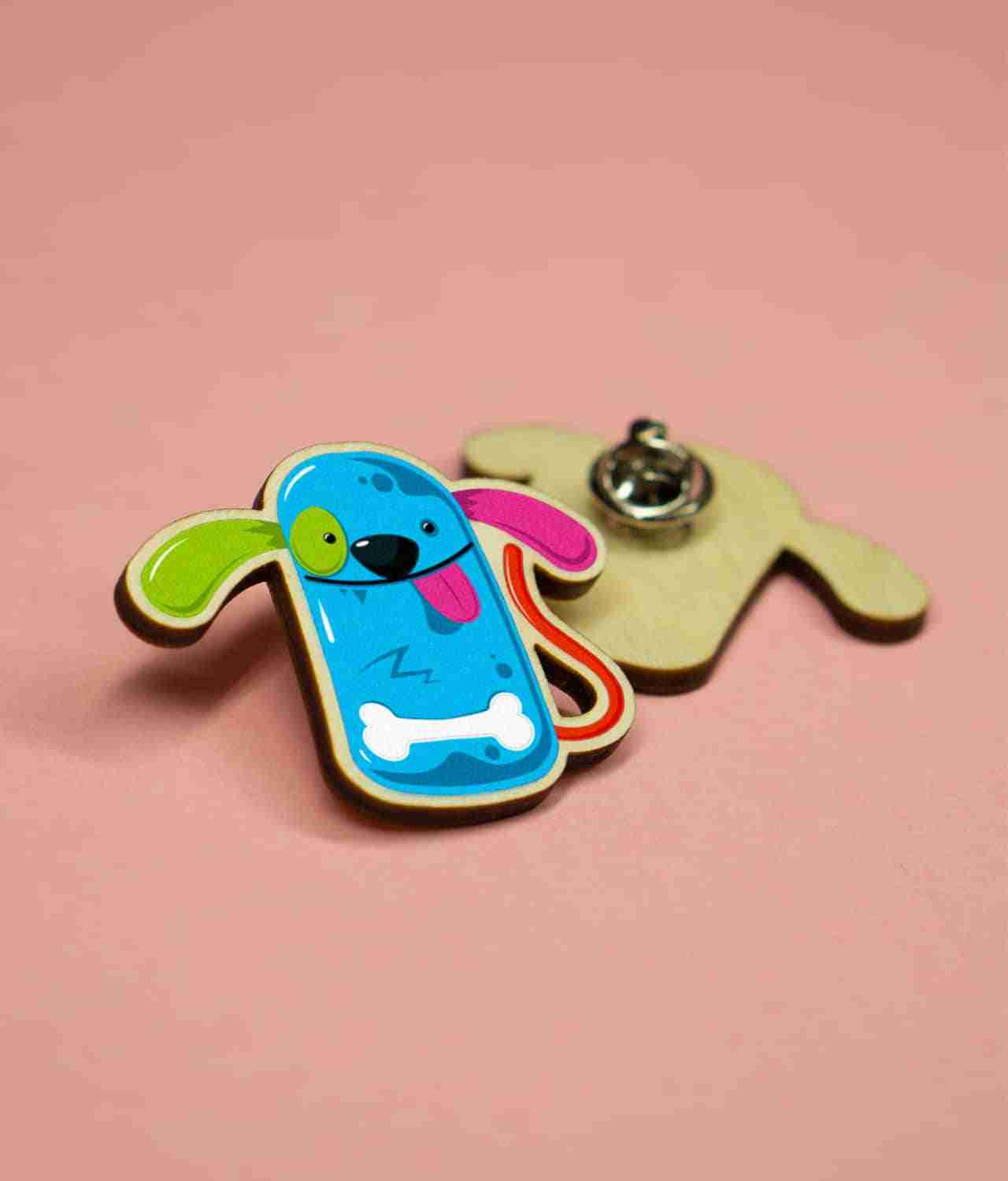 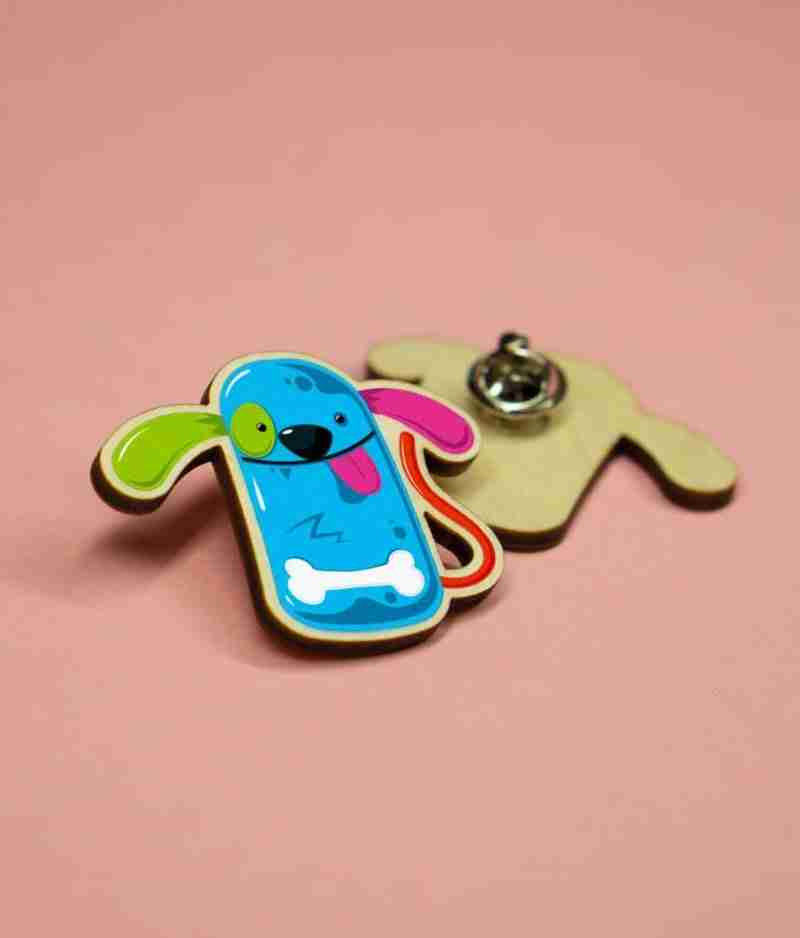 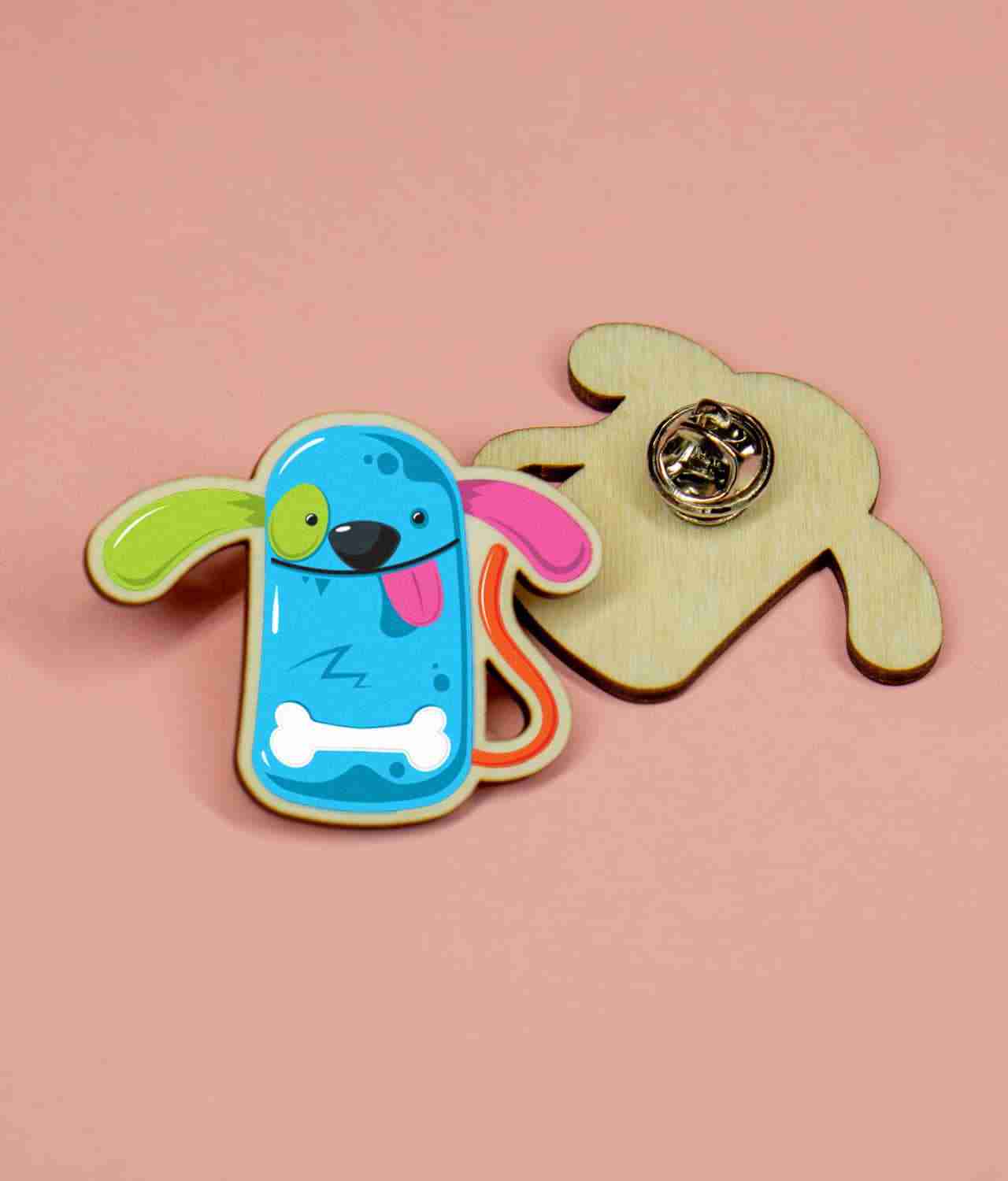 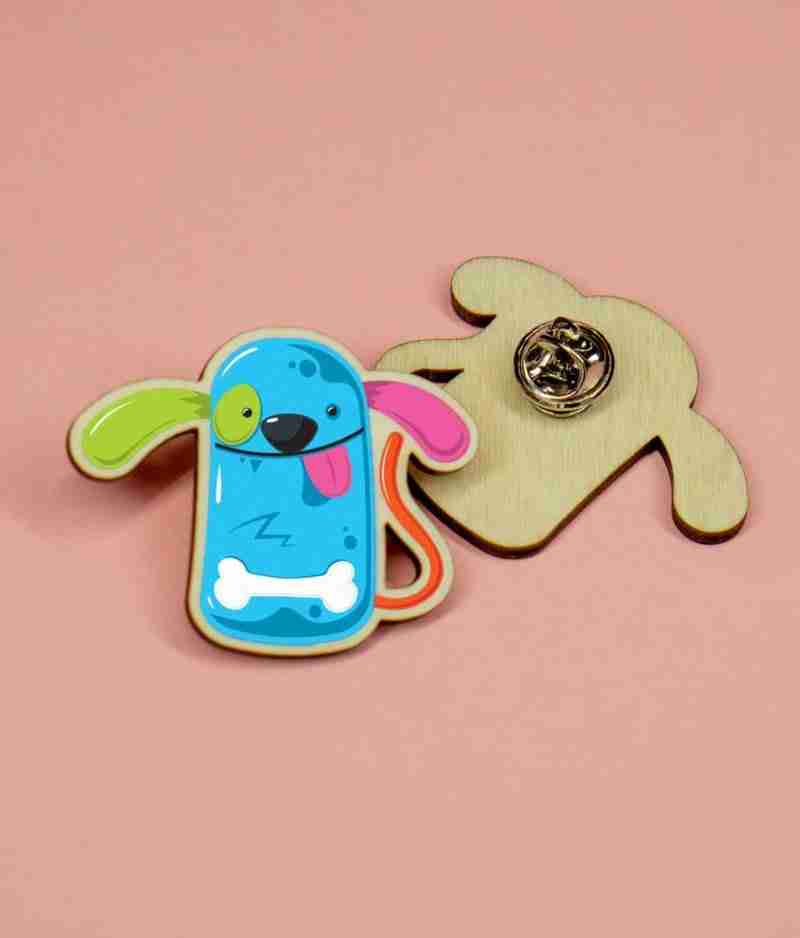 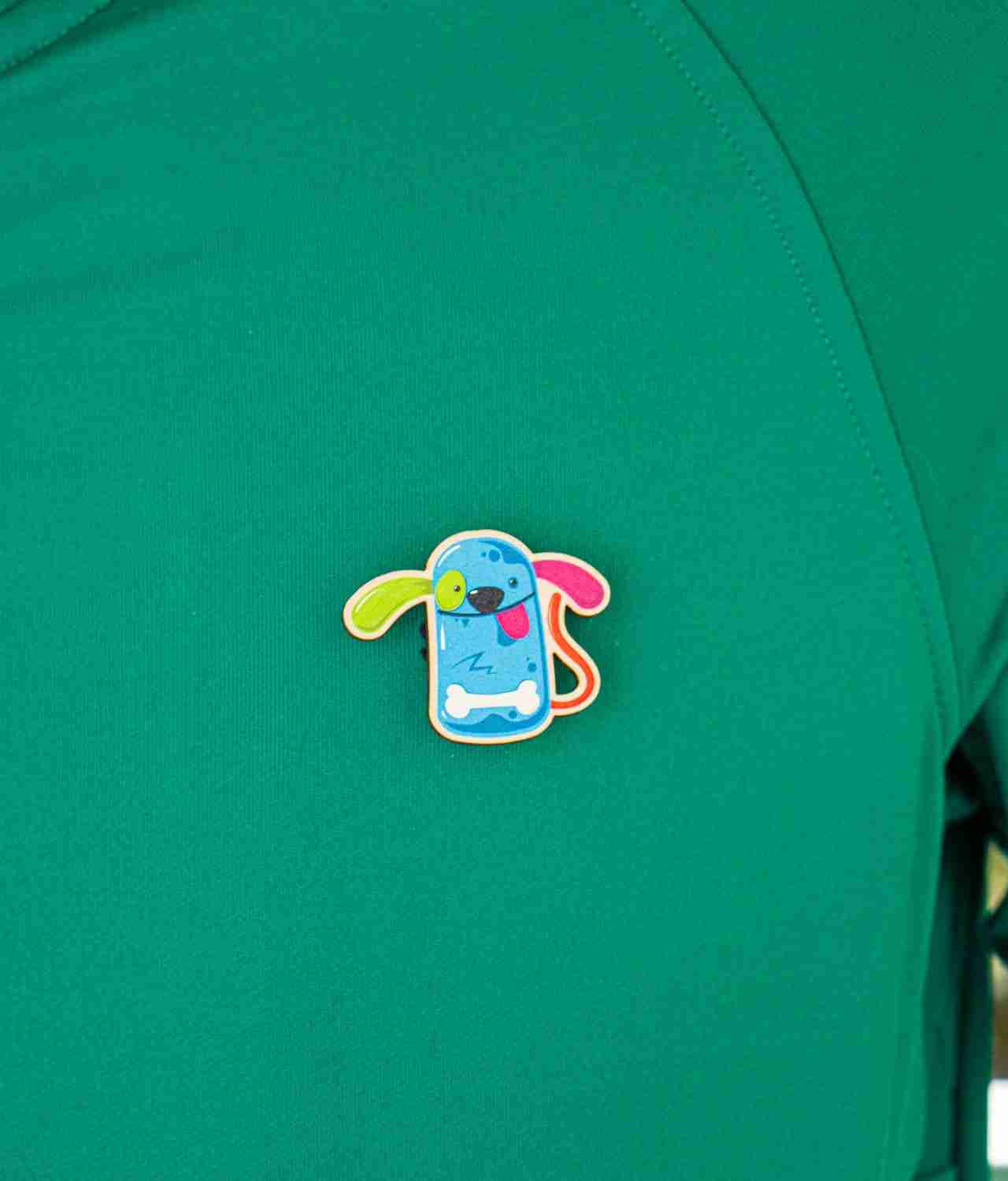 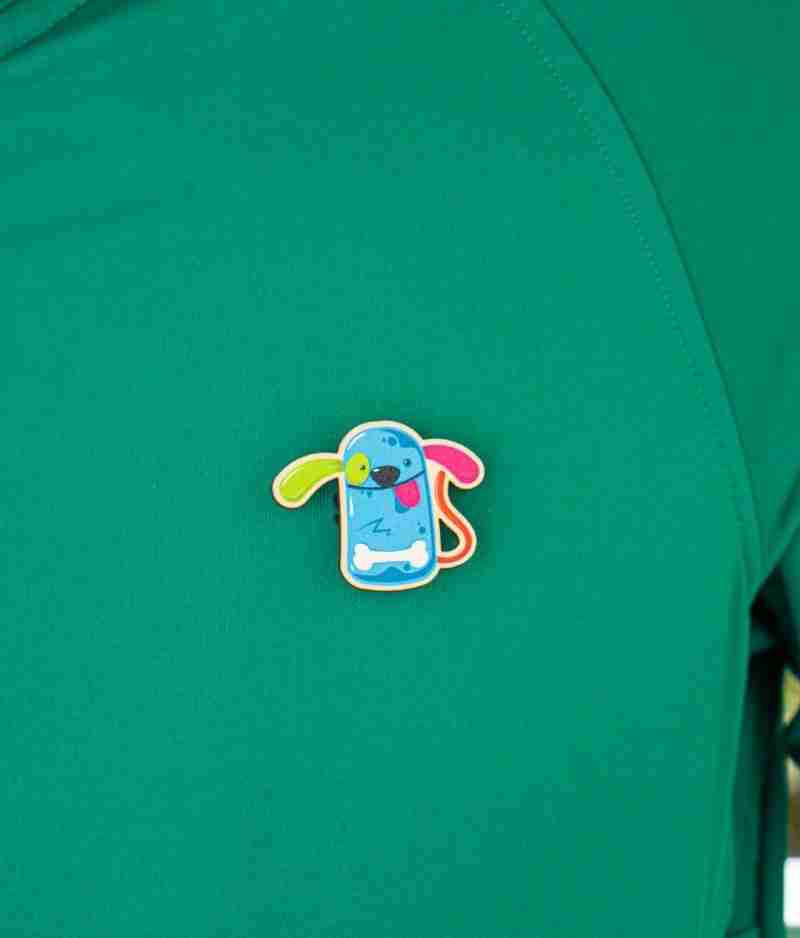 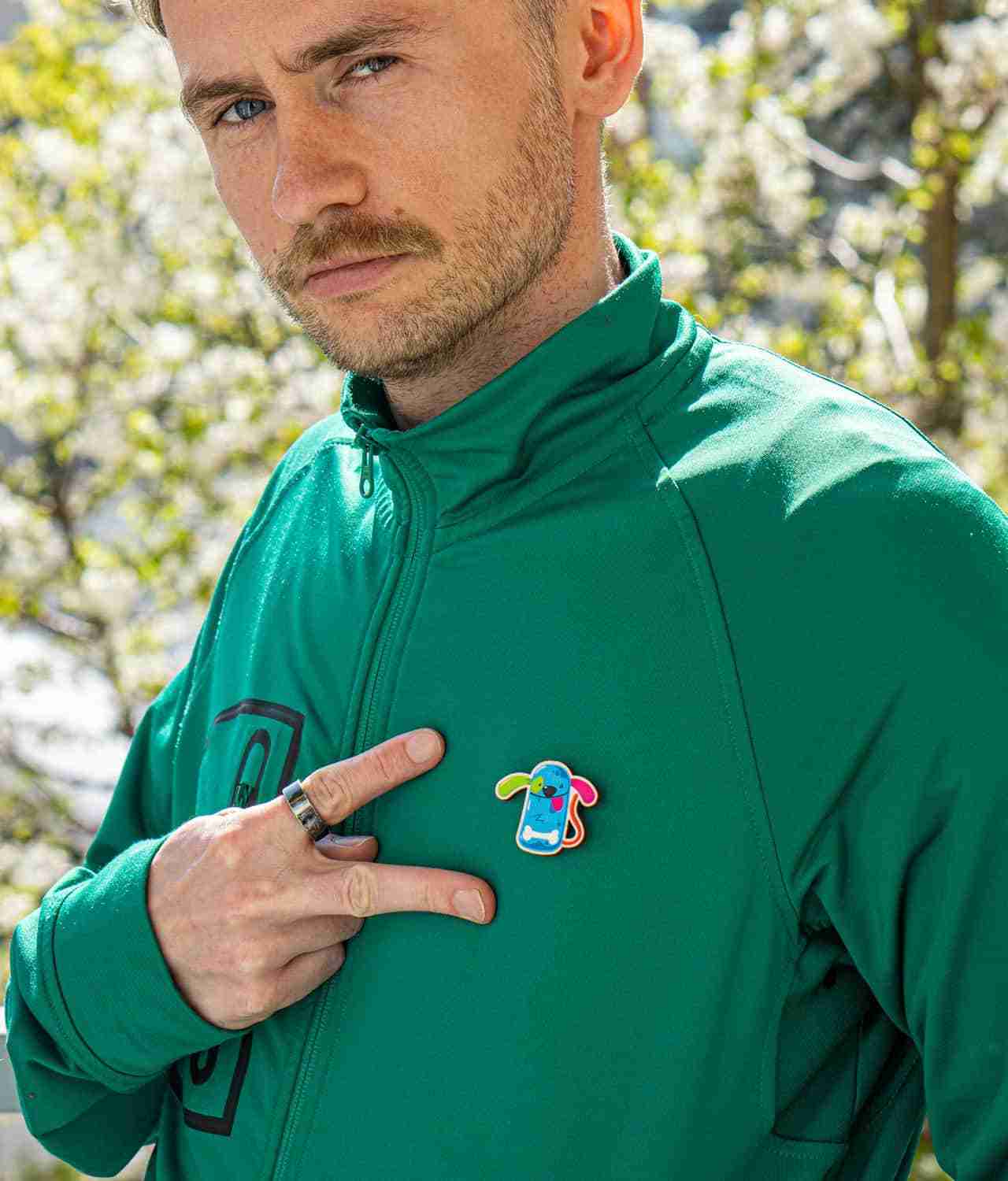 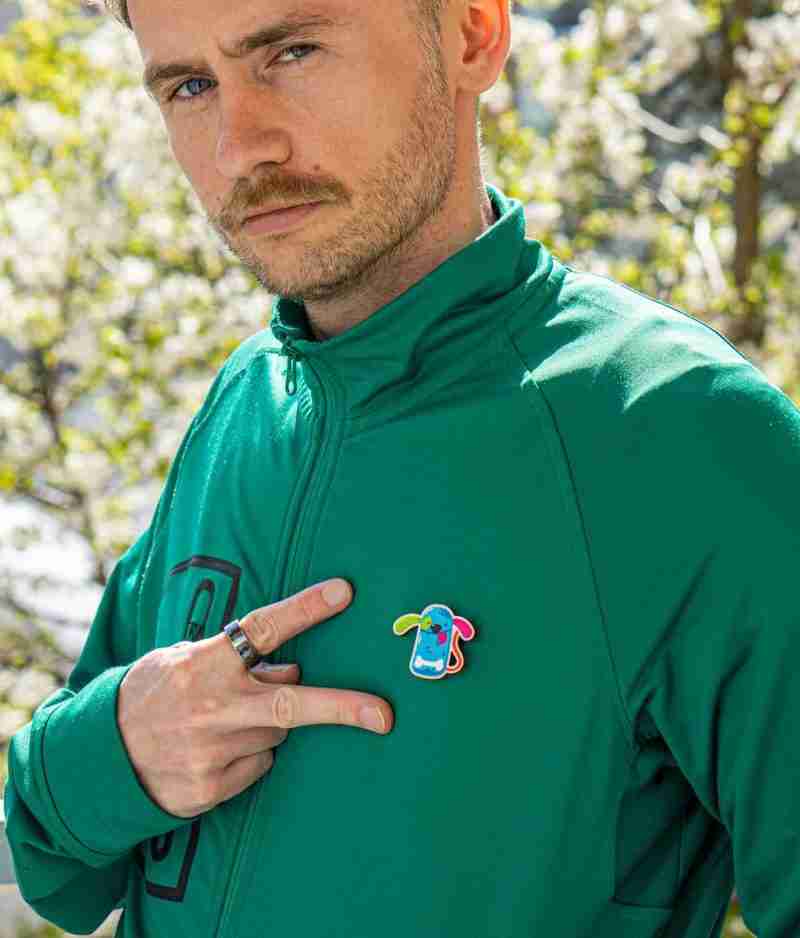 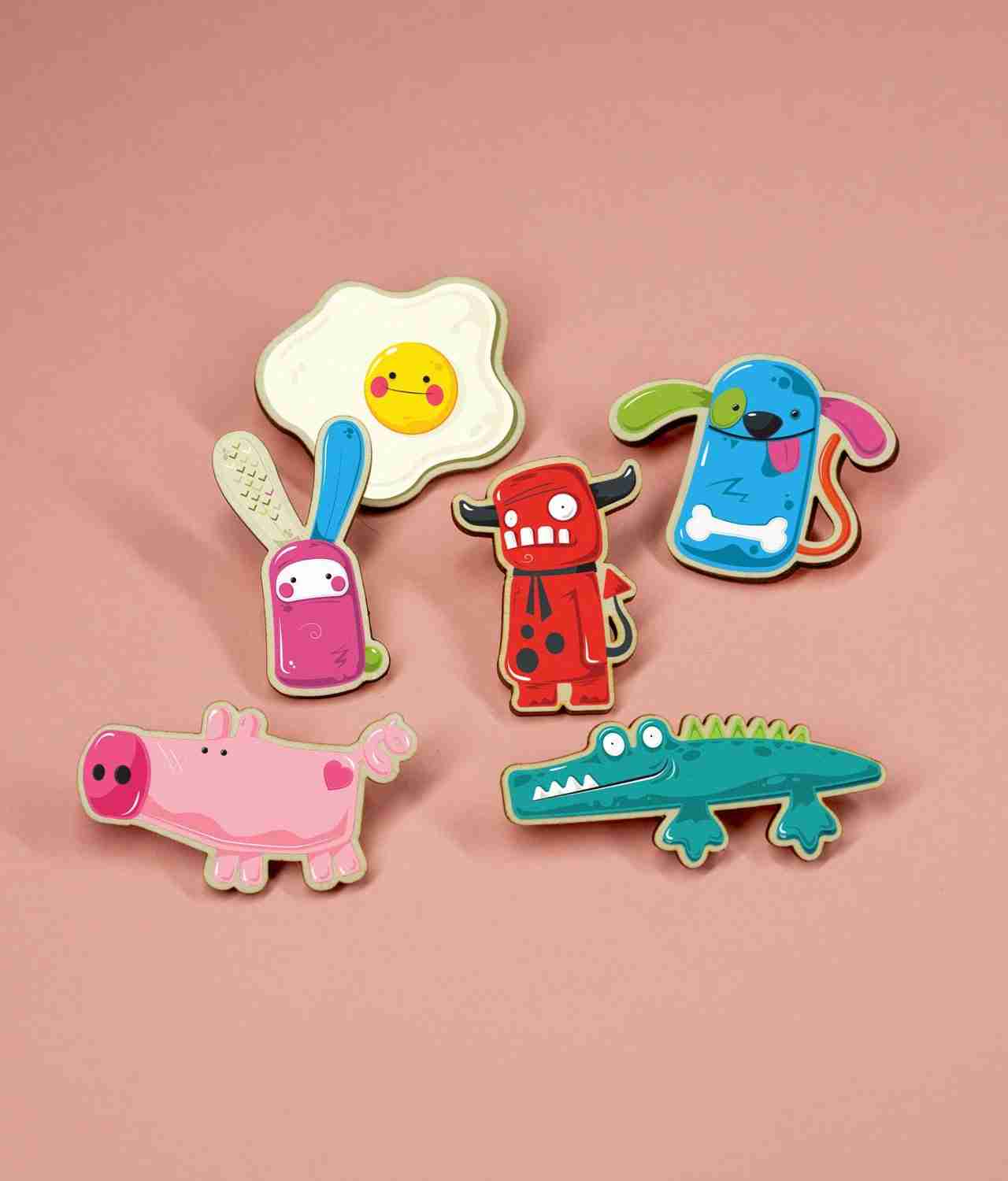 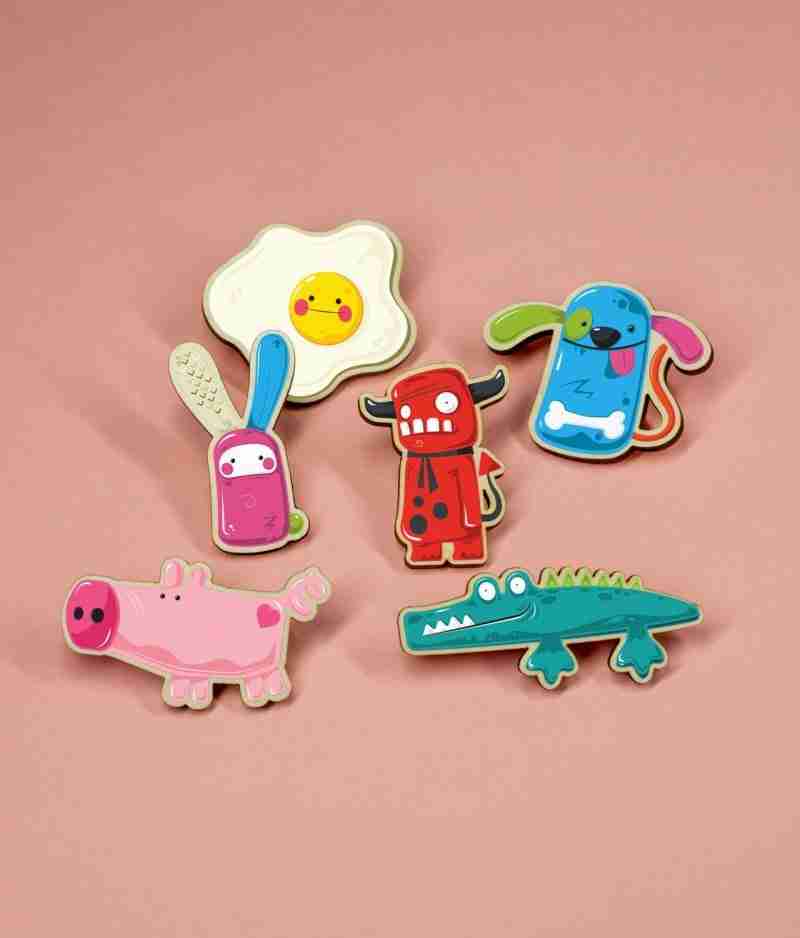 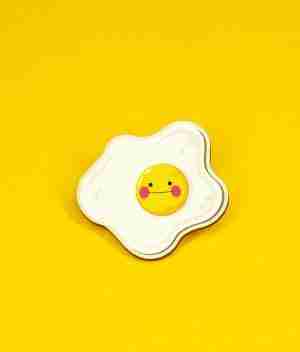 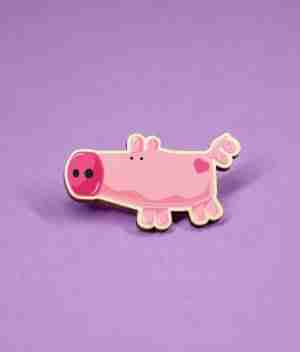 This cute and adorable soft toy is also a pin badge, quirky and fun!

Jimmy Chew, the cheeky fun-loving puppy dog. The perfect pin for any occasion.
He just wants to be loved. And who can resist those puppy eyes? This blue pin badge is perfect for anyone who has a soft spot for puppies and animal lovers!

The pin badge measures 3.5cm x 4.5cm, made from sustainably sourced birch wood and comes with a metal pin on the back for you to easily attach it to your clothing.

Jimmy Chew is the lovable, fluffy little dog of the Maua Gang. This collectable pin badge illustrates Jimmy at his finest and, best of all, you can clip him onto clothes or bags to take him everywhere you go.

Do yourself a favour. Never, ever tell Jimmy Chew he’s got more bark than bite. Or you just might find yourself nursing some pretty serious wounds. He’s got one job to do – be loyal to Frankie. Of course, that job entails barking, biting, and sometimes even licking the opposition to please his best friend from childhood.

Always on command, if Frank Evil says, “Jump,” Jimmy is in the air, paws up and ready to roll. Don’t let his sweet baby face fool you. He might look like the soft and cuddly type, but he’ll turn on you faster than you can utter the words “Maua Gang.”

Just know this…if you see Jimmy Chew playing ball in the streets with his faithful accomplice Eddie Mad Dog, he’s likely running a game of fetch for his boss Frankie. It’s play or be played in the world of the Maua Gang, and if you’re wise, you’ll play dead and let them run along before you get chewed up and spit out from their dark and devious underworld